1. Congratulations!!! For Reaccredited ‘A+’ with 3.51 CGPA For Third Cycle By NAAC 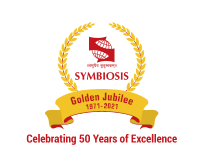 Jan 29, 2020
Dr. V.M. Dandekar Memorial Series 2019-2020
Panel Discussion on
The Changing Dynamics of the Indian Economy
Moderated by Dr. Manasi Phadke
An Overview
Dr. Parchure spoke about the cyclical movements of the Indian economy in the postliberalization era. In this context, the uniqueness of the current slowdown, especially with
respect to the sustained decline of the capital formation of the economy was discussed.
Dr. Shroff illustrated the trends in the agricultural sector in the post independence era.
Against this background, she spoke about the infrastructural obstacles that have resulted
in a distressed agriculture sector in India.
Mr. Bambawale focussed on the foreign trade aspect of the Indian economy. Here,
tracking the trade to GDP ratio over the years shows the strong correlation between
foreign trade and the GDP growth of a nation as exemplified in India.
Mr. Mahajan gave valuable insight into the infrastructure of the social sector in India. He
discussed three major issues of the social sector– right to food, education and health.
Mr. Shrinivasan spoke about financial lifeline of our economy and banking and financial
sector. Through his speech, he demonstrated the major issues plaguing the banking and
financial sector and specific strategies that may be used to overcome them.
In his speech, Mr. Kundurthi focused on the role of monetary policy interventions. He
discussed the monetary aggregates and others factors which lead to an economic
slowdown from an industry perspective.